On September 12 and 13, 2019, scientists of the HeKKSaGOn Working Group I met up to discuss further research activites. 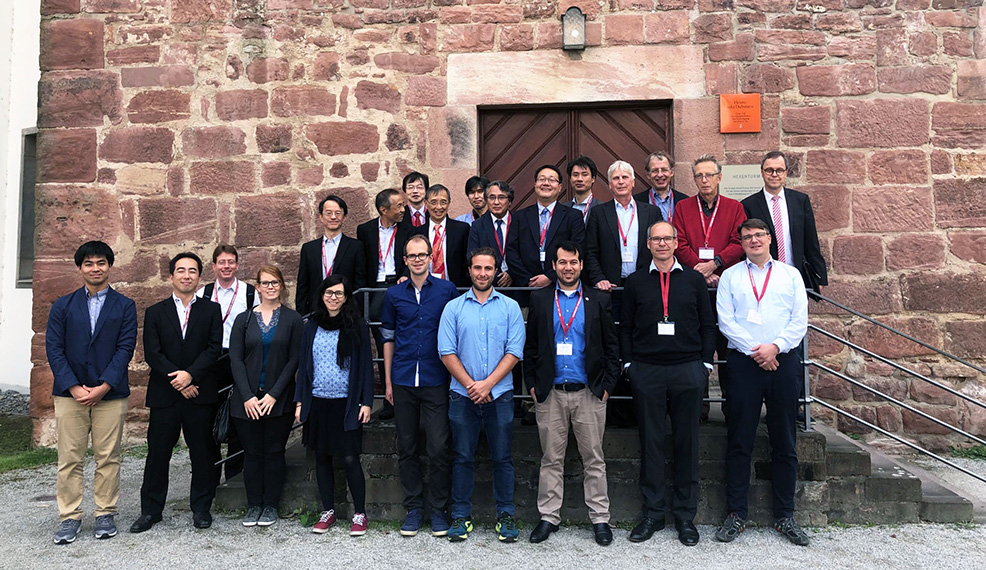 During HeKKSaGOn's seventh Presidents’ Conference, scientists in work group I (Life & Natural Science Fusion) met up to share their progress on the current cooperation projects and to discuss the collaboration’s future plans. More specifically, a new direction of the work group's research activities was defined. In future, the focus will be shifted towards "Science for Health" with topics such as Medical Engineering and Biomedicine.

Furthermore, possible links between HeKKSaGOn work group I and the Cluster of Excellence 3D Matter Made to Order were discussed. Among the participating researchers, six act as Principal Investigators in the Cluster. The work group is led by Cluster PI Motomu Tanaka.

The university alliance and research network HeKKSaGOn was founded in 2010 as a way to further develop international cooperation and exchange of ideas in education, research and innovation fields to further advance science, technology, industry and culture between its German and Japanese universities. Included in these six universities are both universities cooperating in the Cluster 3DMM2O: Karlsruhe Institute of Technology and Heidelberg University.

Find out more about HeKKSaGOn.